Erich Scheurmann’s Der Papālagi takes direct inspiration from the ‘enchanting paradise’ of Sāmoa. Scheurmann, a German national, lived in Sāmoa from 1900 until 1914 while the islands were under German administration. Published in 1920 the book contains revelations about European culture as ostensibly made by Tuiavii, a Sāmoan chief who had been taken to Europe as a part of a völkerschaugruppe (a native performance group). However, it was later discovered that these speeches were not actually Tuiavii’s social commentary translated by Scheurmann, but Scheurmann’s thoughts and world-views published under this pseudonym.1

Yuki Kihara’s solo exhibition Der Papālagi (The White Man) in ST PAUL St Gallery Three uses Scheurmann’s text as a spring board for a series of new work. In this work Kihara films and photographs Barbara and Christian Durst, a German couple living in Sāmoa, standing dressed in indigenous Sāmoan regalia in a series of locations across the country’s capital Apia. It is a startling and at times humorous juxtaposition: two European actors dressed in customary regalia reserved for those of the highest ranks and the reactions of the Sāmoan community.

According to Scheurmann the book had two purposes: to protect the Sāmoan community against a destructive European influence, and to reveal how someone who is “still so close to nature”2 sees the European culture. Perhaps he hoped that Tuiavii’s openness and innocence would encourage German readers to return to nature at a time when the Naturalism movement3 was taking form. Kihara’s work in Der Papālagi (The White Man) reveals Scheurmann’s romanticisation of Sāmoan life and culture as a personal desire of Scheurmann to be Sāmoan, dressing up the Dursts as a literalisation of Scheurmann’s own hopes of belonging.

In this new series of work Yuki Kihara breaks down both historic and contemporary forms of escapism confronting these exotic fantasies with the reality of life in Sāmoa. Through this strong statement we are challenged to consider the politics of home, belonging and authenticity.

The work premiered on 18 November 2016 at Cairns Regional Gallery, Queensland.

A native of Samoa, Yuki Kihara is an interdisciplinary artist whose work engages with a variety of social, political and cultural issues. Kihara’s work has been presented at the Asia Pacific Triennial (2002 & 2015); Metropolitan Museum of Art (Solo exhibition, 2008); Auckland Triennial (2009); Sakahàn Quinquennial (2013); Daegu Photo Biennial (2014); and the Honolulu Biennial (2017).

Yuki Kihara received support from Creative New Zealand to make this work. Der Papālagi (The White Man) is courtesy of the artist and Milford Galleries Dunedin, New Zealand. The exhibition is presented in association with Auckland Arts Festival 2017. 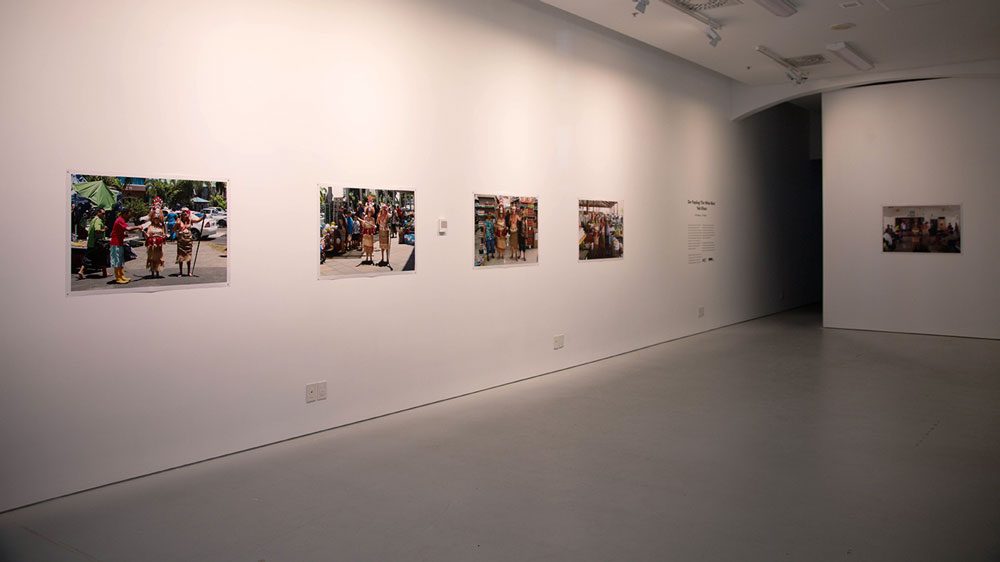 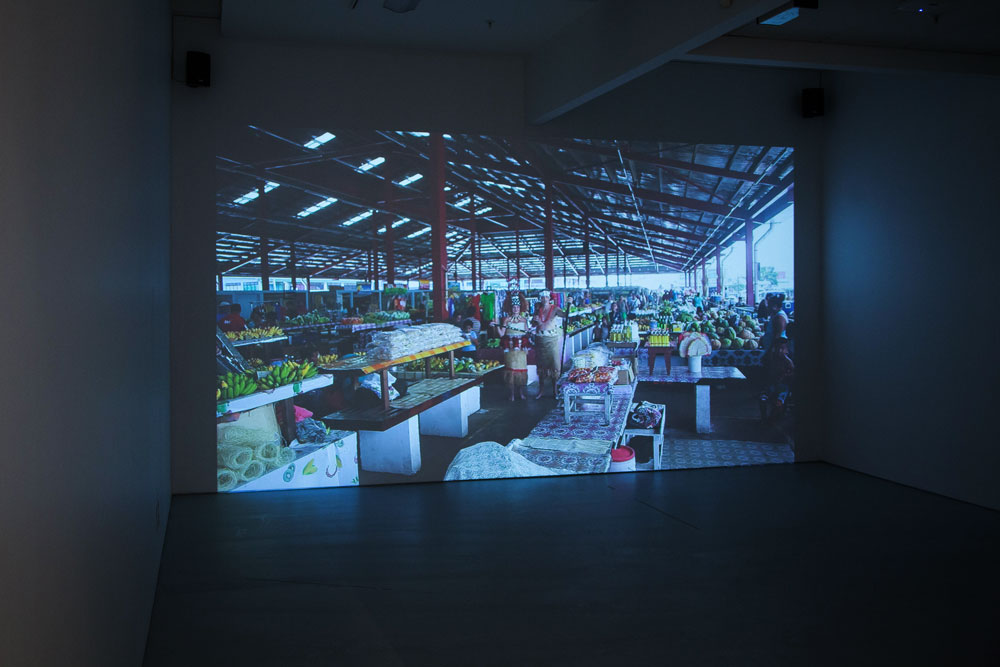