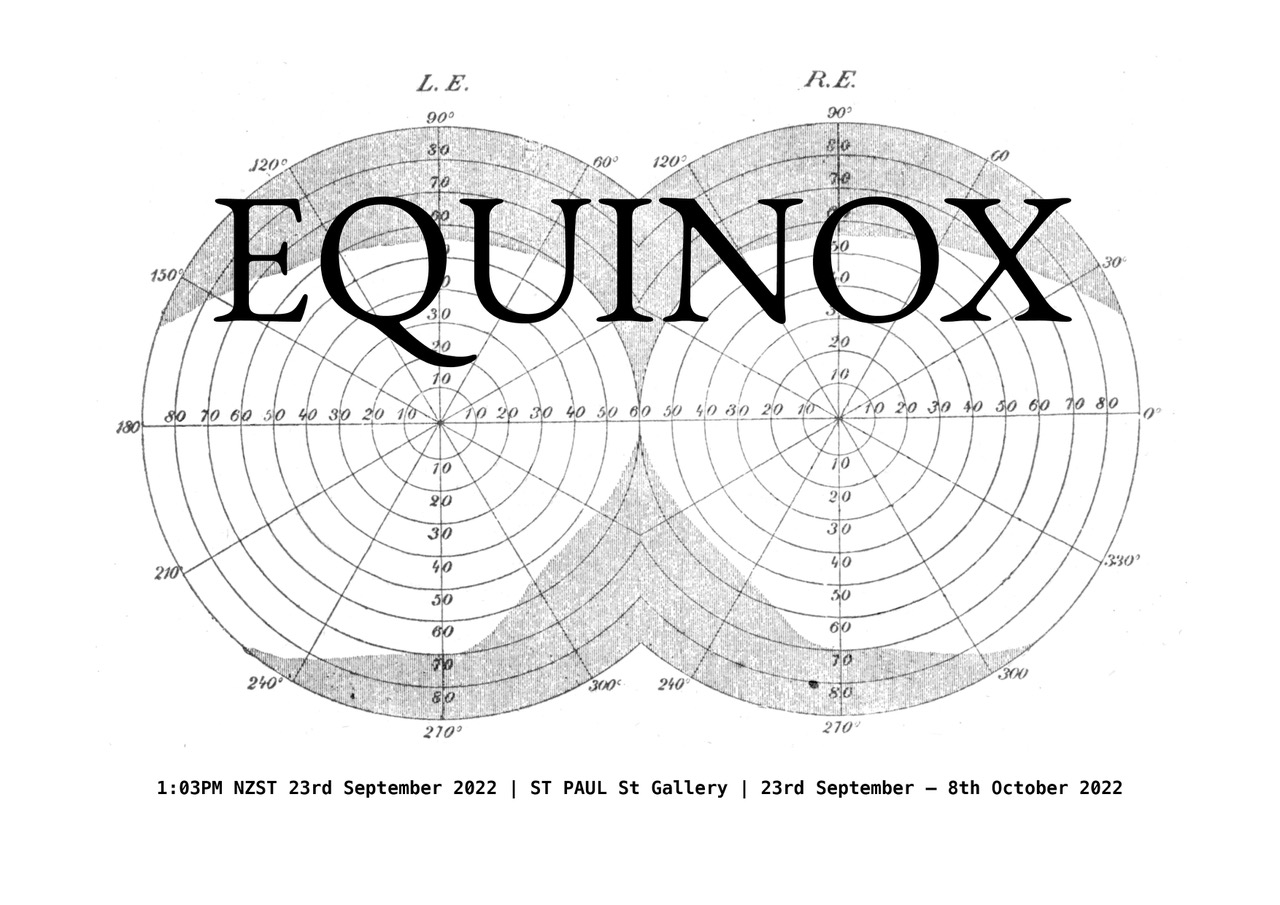 During the Equinox, the plane of Earth's equator passes through the geometric centre of the Sun's disk. In this celestial alignment, the Earth’s poles tilt neither toward nor away from the Sun. On the equator, the sun rises exactly due east and sets exactly due west. Only on the Equinox is a 12 hour day and a 12 hour night shared everywhere on Earth. Observing the Equinox is a call to (re)turn one's attention to the exactness of the present and offers a duty to observe our present condition. This exhibition continues a series of conversations that were held during the northward and southward Equinoxes of 2021 and 2022. Participants from all over the world met at these times to discuss notions of time and duration.

This project falls on the exact 50-year spring equinox anniversary of Phil Dadson’s Earthworks (1971-2) which was documented as the video ‘Earthworks’ Represents a Temporary Instant in the Continuum of Universal Ebb and Flow.

The following activations will occur on the 'Conversation Mat' throughout the duration of the exhibition:

Balamohan Shingade will be in residence at the ‘Conversation Mat’. He invites visitors to open-ended dialogues where he will share songs and poems from the subcontinent and sustain a day’s worth of conversation on the topic of how to live together. No registration required. Please turn up on the day.

For this participatory performance event, Layne Waerea and Chris Braddock will activate their Free sweat cushion-bags to carry out a series of simple exercises in order to generate free sweat. At the conclusion of the workout – there will be a Team photo. No registration required. Please turn up on the day.

For this workshop, Balamohan Shingade invites engagement on the concept of voice. Reflecting on an incident from 2016, when 70 people signed a petition to fire him from his first curatorial job, he explores voice in the context of social change as theorised by Mohan J. Dutta. Email ena.kosovac@aut.ac.nz to register and receive the readings.

For this conversation, Nabil Sabra continues the MENA discussions on the 'Conversation Mat'. Nabil volunteers in roles across education and the not-for-profit sector in both Aotearoa and his home country, Yemen. MENA supports Muslim and other students by creating safe and supportive community.