This Home is Occupied

This Home is Occupied: roomsheet 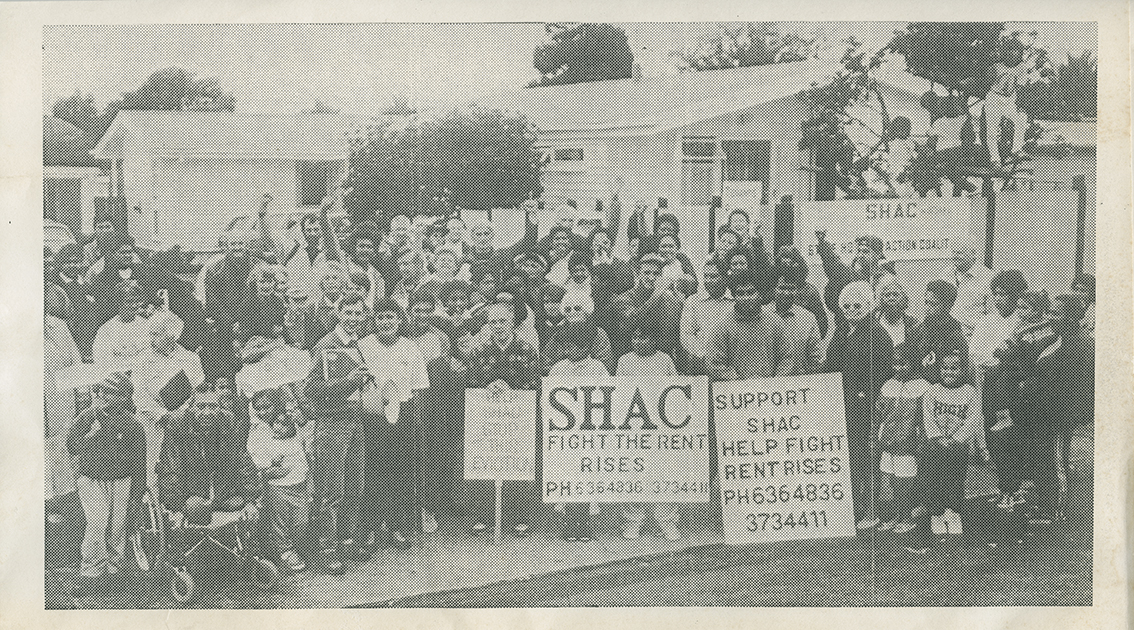 This exhibition corresponds with, and accompanies ST PAUL St Gallery’s 2014 Research Fellowship project. Considering a breadth of issues surrounding social housing in New Zealand, it sets out to provide access to a range of resources which both inform visitors about the historical background of the government’s provision of housing, and to complicate the current media profile afforded conversation around the recent changes in legislation.

The accumulated material tracks a shift in the popular perception of social housing, from the original 1940s act which was pitched towards meeting a housing shortage, building affordable homes for returned serviceman and working class New Zealanders, to today’s prevailing view of it being for impoverished communities. From the 1970s onwards government policy has incrementally worn away at the original provision of housing. The recent legislation change, which has seen the government divesting its responsibility for state housing to privatised community providers, is the most dramatic instance of this.

Drawing on historical film footage, as well as extracts from an upcoming documentary by Briar March, the exhibition aims to function as an information portal and informal meeting place, and as a key part of this a programme of public screenings and talks with a focus on issues of social equality, the concept of ‘home’, and the livable city will be held in the exhibition space.

This Home is Occupied supports the work being carried out by Research Fellow Sakiko Sugawa. At the heart of her project the concept of ‘accompaniment’, as outlined by Staughton Lynd in Accompanying: Pathways to Social Change (2012): ‘There's an element of mystery, of openness, in accompaniment. I'll go with you and support you on our journey wherever it leads. I'll keep you company and share your fate for a while. And by "a while," I don't mean a little while. Accompaniment is much more about sticking with a task until it's deemed completed by the person or people being accompanied, rather by the accomagnateur.’

Sugawa’s project in Auckland involves accompanying a group of young activists who are involved with the Tamaki Housing Group. Acknowledging that her practice is not exhibition-based, rather premised upon long-term, small-scale projects with an emphasis on collaboration, the Gallery’s invitation to Sugawa was open-ended, and the project built through continuing dialogue. The exhibition is just one outcome of this relationship, and came about thanks to resources provided by members of the Tamaki Housing Group.