This work began life as a blog, set up by the artist (with her collaborator Amelia Bywater, as Victor & Hester) as a place to gather research on three women: Marlow Moss (UK), Rowena Cade (UK) and Marilyn Waring (NZ).1 Rather than trace and rehearse the already recorded biographies of Moss, Cade and Waring, Fitts was interested to consider the relative lack of information as a starting place for a parallel research project, ultimately making works for,rather than about these women. The following conversation between the artist and curator Abby Cunnane focuses on various forms appropriated by Fitts and Victor & Hester in this project: the glossary, companionship, the garment.

Abby Cunnane: A glossary sits at the back of a book, all but invisible until you need it, and then it’s suddenly crucial. How do you see it operating in the context of your work – why did the glossary seem useful as a form, or to provide a ‘place’ for a new work to reside?

Emma Fitts: A glossary, although largely a silent companion, has a very powerful voice of authority, with the ability to set the way in which new or unfamiliar terms are understood. Although static, a glossary offers a way of shifting meanings, where one can apply a kind of ‘treatment’ to a word and its meaning and I was interested to combine this stasis with the more roaming and fluid structures that we had been using with Victor & Hester.

This also seemed like a good way of establishing a kind of even ground, a way of checking in that we were all approaching something from a similar perspective. I was using the structure of the glossary to breathe in and out from, puncturing its rigid structure with conversation, narrative and definitions so that it became a tool for negotiating a more fluid and personal communication. History is constantly hijacking words, terms and people, so I saw a glossary as a way of dodging historical assumptions and to give immediate authority to a type of conversation and research that is not usually suited to such linear organisation and statement-centered language.

Coincidence of wants – For barter to operate it requires a ‘coincidence’ of wants between the two parties, i.e. each must want what the other offers.

Companionship – Woven through the warp and weft threads of conversation.

AC: The idea of companionship comes up often, though in subtle ways, throughout your work as Victor & Hester. I know you mostly work apart; I’m interested to know if this ongoing enquiry has to do with the possibilities of companionship across distance – or across time even, in projects like this which deal with historical figures, Marlow Moss and Rowena Cade?2 I like to think that even these fabric works have their off-site 'companions' elsewhere (in the studio, at the Physics Room, and in graphic print works), like they're part of a social unit rather than standing alone.3

EF: The growing physical distance between Amelia and I has definitely impacted my practice both as an individual and as a collaborator and it’s been exciting to experiment with adapting my work across hemispheres like this. Through this companionship has become a constant structure, enabling me to engage with time, form and distance with a greater sense of fluidity.

Visibility is key to companionship. When tracing the histories of these hijacked words, terms and people I’ve tried to make visible not only the result but also the threads of research. I think that off-site companions are always there, it’s just that history is presented with such enormous gaps that many of our companions have fallen through. Bringing historical figures forward into the contemporary forces the viewer to simultaneously look forward and back and to look at something in a new way. Through experimenting across distance, time and forms like this I’m trying to weave a finer mesh to support approaches that have historically been deemed less important.

Care – In its physical form actions are presented, copied, practiced (see Repetition). In its material form the pictogram coexists with or is complemented by written instruction.

AC: I can't decide whether these works are more like banners or flags, like floor plans or like garments – the titles suggest the latter, but are you interested in the crossover, and the associations of each of these forms?

EF: Structures that are recognisable as one thing, but have an added function or alternate life/possibility are interesting to me. We all wear clothing and have an intimate relationship and understanding of it and I enjoy the way that by using fabric the viewer has an immediate entry point in to the work. I like the associations between fabric and language too, and how textiles can be viewed as a kind of writing with the body.

I see these works as collages of all those things you mention and as a mapping of space, form and time. Movement is very important to me in my work, whether this be the movement of information as it is stacked down a blog; movement of people in and out of groups; movement in and out from a wall; or the movement generated through classification/clarification.

Cross elasticity – A measure of responsiveness of demand for one good to the change in price of another good. It is calculated as the ratio of the percentage change in the price of the other good. See Elasticity.

3. A related work, Bomber Jacket for Marilyn Waring: Glossary terms A and C will feature in the December issue of Un magazine

This was exhibited in FrontBox. 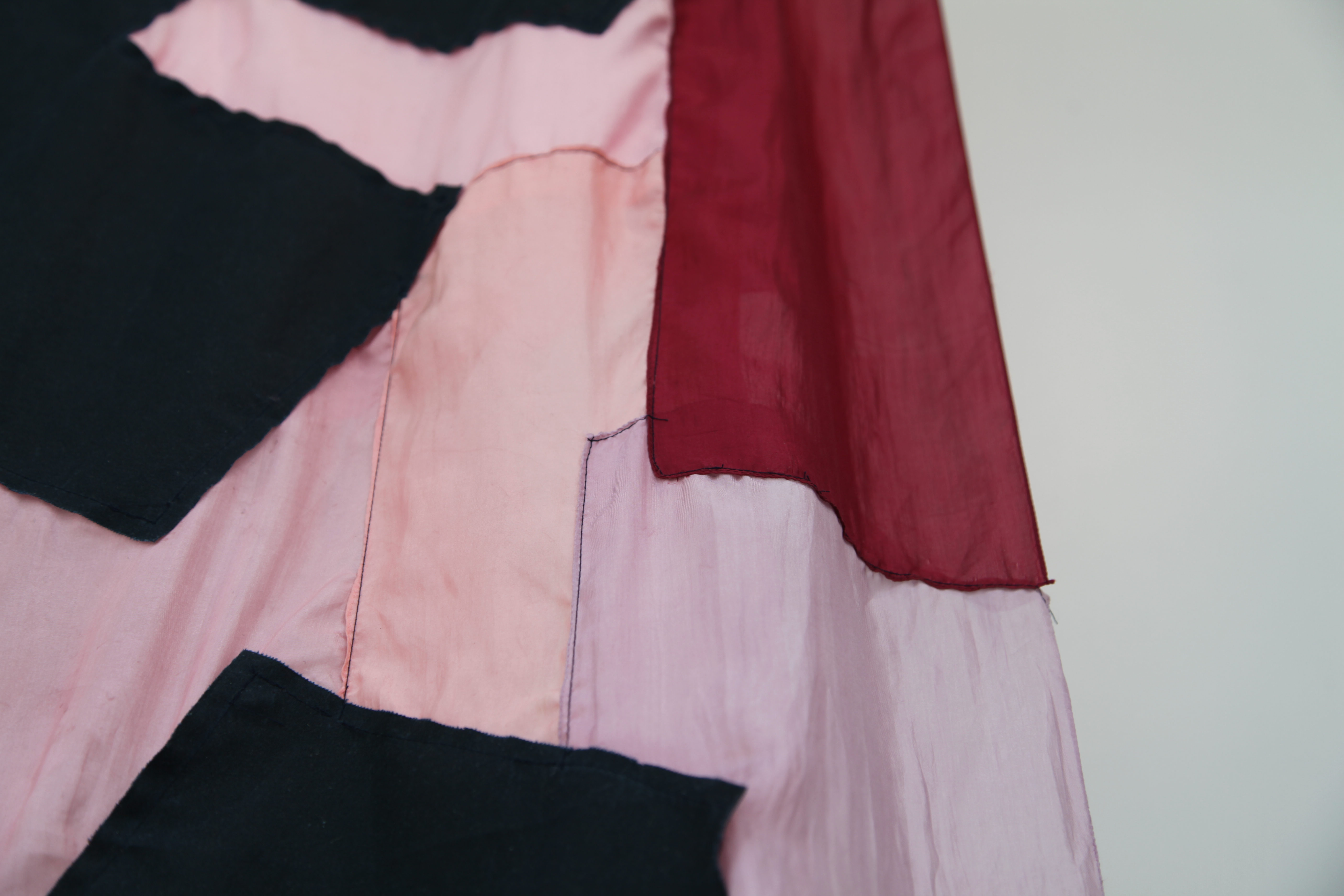 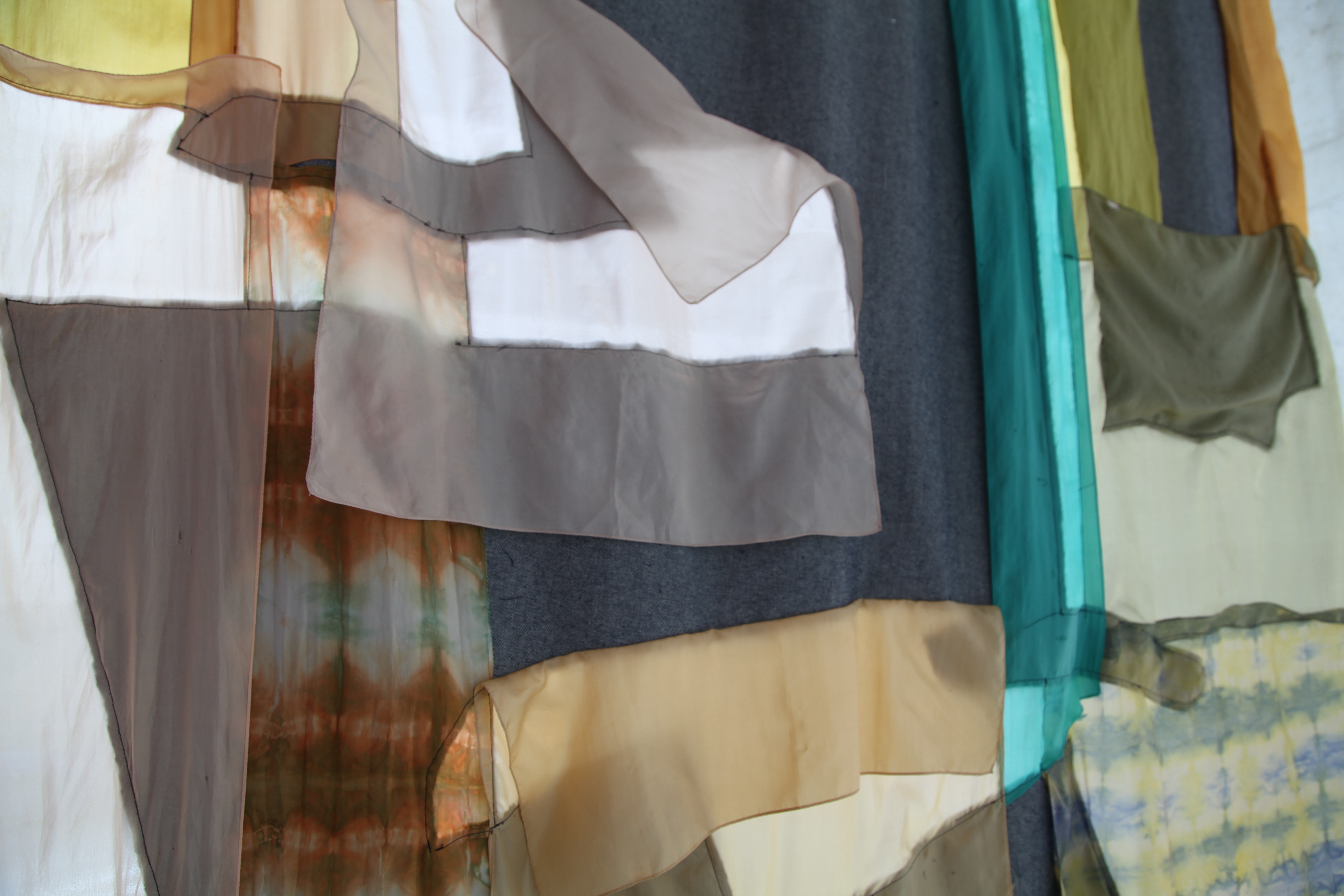 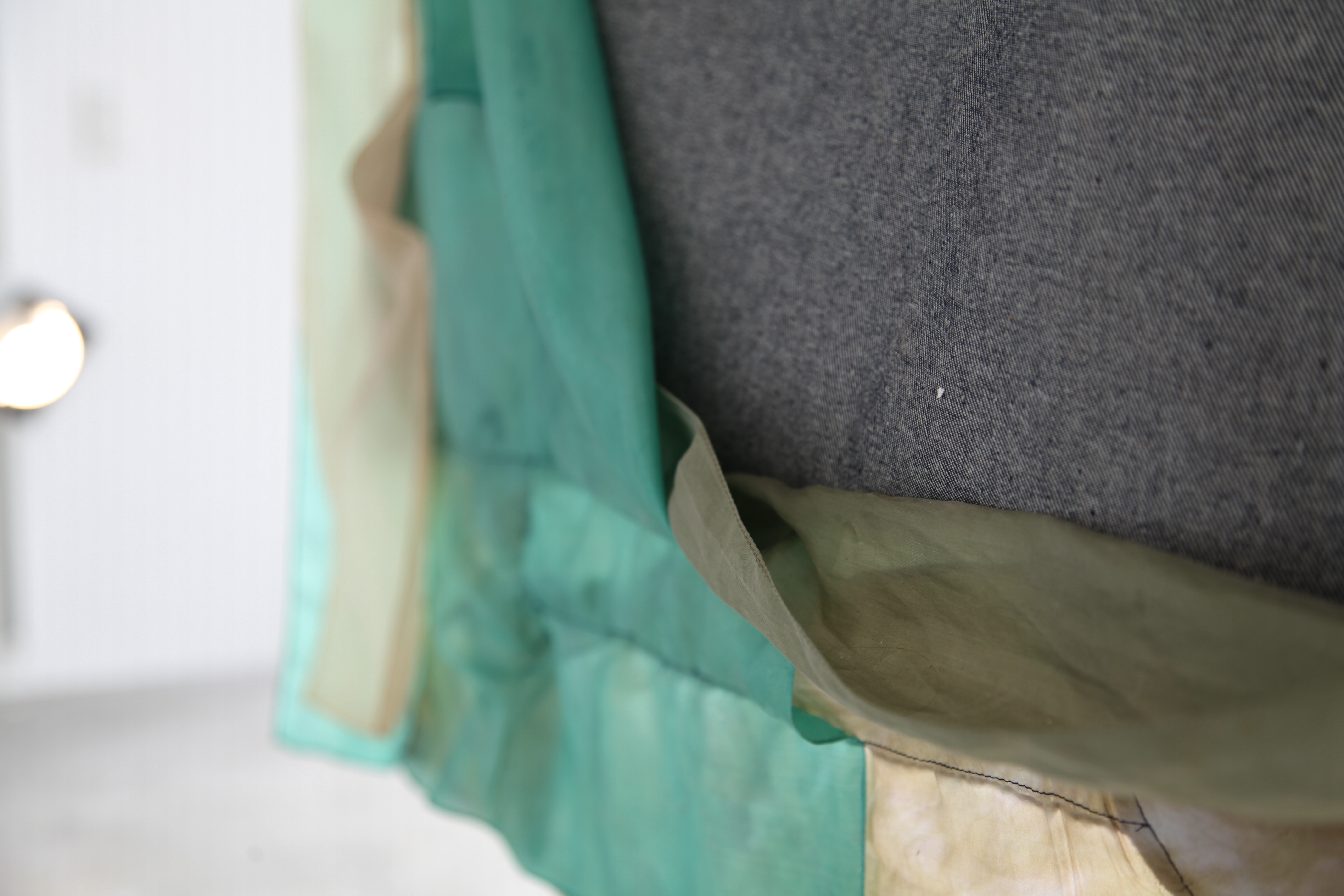