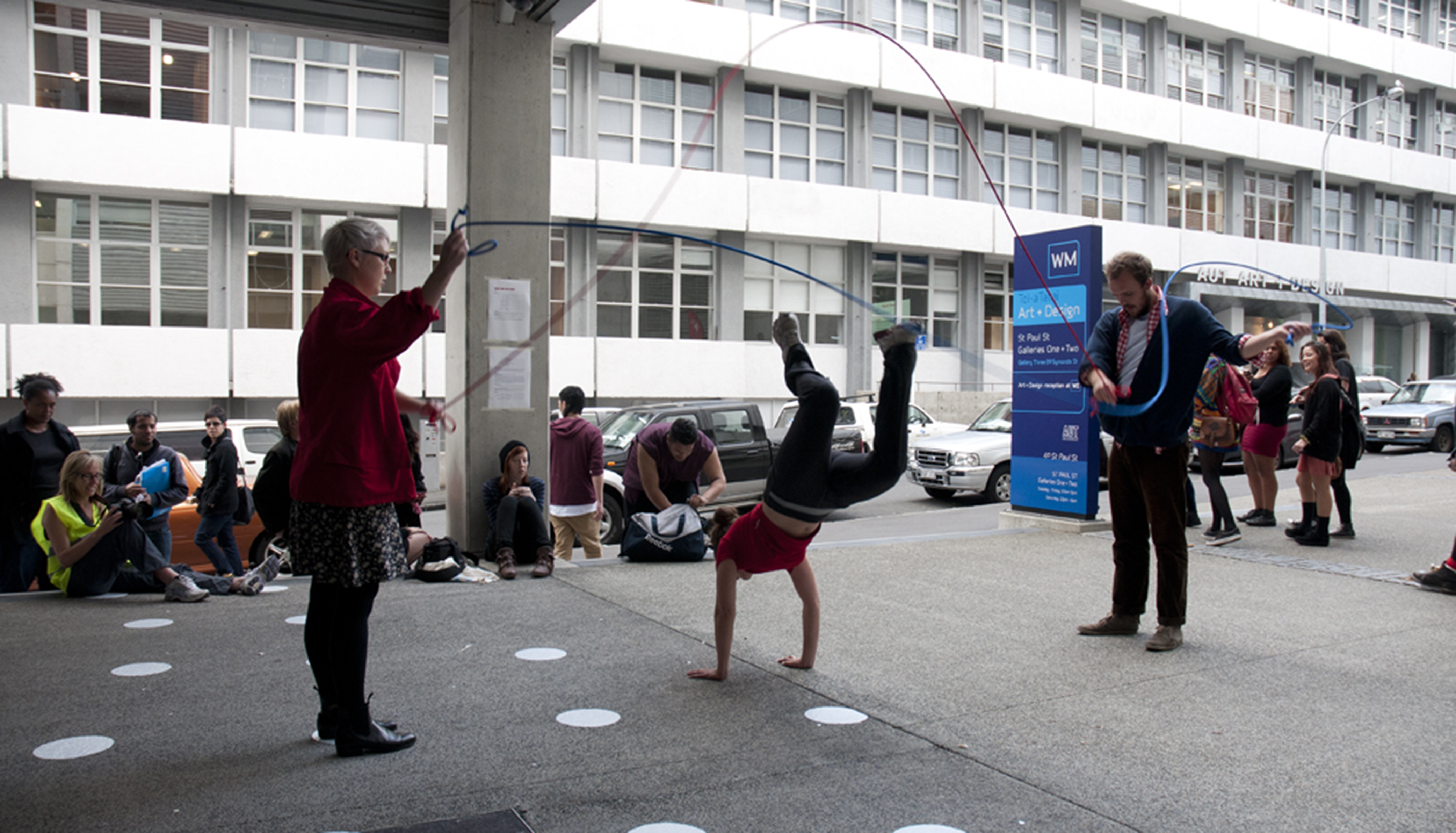 In recent years we have seen the building momentum of actions, protests and occupations expressing the desire for social change and equality. These are the loud and noisy face of a much broader engagement and individual choice that many people make: to speak critically and fearlessly about small and large issues despite the personal risk this may entail. Assembly’s kaupapa is to interrogate the concept and practice of fearless speech as it occurs across many issues and forms of speaking.

In presenting Assembly ST PAUL St Gallery is embracing one of the primary instructions for universities in the New Zealand Education Act (1984), that they “accept a role as critic and conscience of society.”

Assembly is a two-part project instigated by ST PAUL St. The first stage involves the design and creation of an environment that supports the activity of fearless speech within the physical space of ST PAUL St Gallery One. This is being developed by a mixed discipline group of artists, designers and architects: Sue Gallagher, Tana Mitchell, Kim Paton, onne terre and Elvon Young.

The second stage of Assembly is the activation of the kaupapa through activities held within and supported by the space. As part of the kaupapa of Assembly to support speaking on a variety of topics, ST PAUL St has extended invitations to groups, collectives and individuals to use the space of Assembly to participate in the exploration of fearless speech to address specific issues of interest to them.

ST PAUL St Gallery disseminated a discussion document in advance of Assembly which you can read below:

“who has the right, the duty, and the courage to speak the truth?”

Michel Foucault, in his series of six lectures entitled ʻDiscourse and Truthʼ given at the University of California at Berkeley in the Fall Term of 1983, set out to deal with the “problem of the truth-teller or of truth-telling as an activity.” He framed this through a historical analysis of the concept of parrhesia in ancient Grecian politics, theatre and philosophy.

Foucault translated parrhesia both as its common English equivalent - free speech, and its etymological root - to say everything. However, Foucault specifies that parrhesia is not simply the right to speak, but a particular quality of speaking, in which the individual speaks in spite of the risk to self and with a sincerity that is evident to the listener.

He linked it to the essential right of the citizen to speak critically and take a stand towards the city, the laws, political institutions, and so on. He also emphasised the philosophical enquiry after certain truths about the world, nature, the city, behaviour and man. Finally, he argued that the exploration of an “ethics and aesthetics of the self” involved the joining of practice and theory, in effect asking how an individual lives the values and ideas they espouse.

Through the seminar series Foucault posed a series of questions including: who is able to speak freely and fearlessly? About what topics is it important to speak? From what moral, ethical or spiritual position does one speak? What are the consequences of speaking frankly? How does this relate to the exercise of power?

Reference: Michel Foucault, Fearless Speech, ed. Joseph Pearson, six lectures entitled ʻDiscourse and Truthʼ given at the University of California at Berkeley in the Fall Term of 1983 (Los Angeles: Semiotext(e), 2001).

Occurring within the gallery and university, Assembly will be a conceptual proposition, expressed through architectural structure/s, intimate and public events, happenings, performances, discussions, screenings, pamphlets and the internet that are responsive to these questions of speech and the kaupapa they represent.

In presenting Assembly ST PAUL St Gallery is embracing one of the primary instructions for universities in the New Zealand Education Act, that they “accept a role as critic and conscience of society.” It is also interrogating the longstanding proposition that the arts have a particular capacity to speak critically about society.

In extending an invitation for participation, we hold in our minds the knowledge that institutions and structures designed to enable the free speech of some, exclude the participation of others. In response, we try to consider how we might enable discussion and foster a sense of empowerment by creating a place from which to speak and act. This consideration is informed by the fact that the institutions from which we speak – the gallery and the university – are often perceived as elitist institutional power structures and places of privilege.

Cultural conceptions of speaking fearlessly and the moral, ethical or spiritual positions from which this speech derives its conviction have changed and adapted as the idea of multiple voices and knowledges have developed. Assembly acknowledges that there are different communication methods and styles.

Above all, we want to facilitate the interrogation of these ideas freely, fearlessly, respectfully and responsibly. We are against racist, sexist, discriminatory and/or derogatory positions. We intend to celebrate the achievements of society as well as identifying the issues.

The approach of Assembly is earnest, perhaps idealistic, but we are seeking to step away from the shield of irony and reclaim the sincere as a position.

Sue Gallagher has a MA (Scenography) from Central St Martins, UK and a Bachelor of Architecture from the University of Auckland. She is currently the Associate Head of School of the School of Art & Design, at AUT University. In 2011 she was the New Zealand Curator for the 2011 Prague Quadrennial: 12th International Exhibition of Performance Design and Space (National and Student Sections).

Sue's research practice explores performance (and other unstable media) as a platform that transgresses many art forms. It is her understanding from training as an architect and scenographer that spaces are not static and fixed creations, but subtle, communicative and transformative. Her practice investigates relationships between spatial design and performance; specifically architectural and performative environments, including installation, exhibition design, and media arts. Performance, installation, video and other scenographic works have been exhibited in the Netherlands, Germany, Greece, Japan, Czech Republic, Canada and New Zealand.

Tana Mitchell is an award-winning independent designer with over 10 years experience, both here, in New Zealand & overseas. Currently working independently as a brand and design consultant — Tana is focusing on developing strategies and creative outcomes for brand, innovation and experiential projects. Tana’s passion for typography precluded an ongoing relationship with the arts resulting in a long history of publication design — including artist’s catalogues, magazines, and theatre programmes. Tana has initiated several independent projects including Propaganda a sponsored community project that  connected young artists with the creative industry and more recently The Anablog a one day performance at the inaugural Laneways festival in Auckland. Tana also collaborated with Julia Deans in the first MakeSomething exhibition in 2010.

onne terre
Within a problem space, a problem is solved by starting at some initial state, transforming that state through the application of various elements until a state is reached that is recognised as being a desired state. It is through this activity of selecting and applying various elements that we solve problems. Our use of problem solving is meant to be generic, so that it includes calculating, reasoning, and similar activities that involve performing changes on spaces. http://onneterre.info

Kim Paton
Kim Paton is an artist and works as a Lecturer in Visual Arts at Wintec School of Media Arts in Hamilton and is currently the Curatorial Director for Wintec’s Ramp Gallery. Recent exhibitions include The Free Store Project for the 29th Biennial of Graphic Arts in Ljubljana, Slovenia, 2011, Collected Fictions, Waikato Museum, 2011, Free Store Project as part of the Letting Space series, Wellington, 2010, Break: Towards a Public Realm, Govett Brewster Art Gallery, 2009, Imagining Victories, Adam Art Gallery, 2008 and Telecom Prospect, Wellington City Art Gallery, 2007. She is the founder of the Free Store project in New Zealand and in early 2011 undertook a major collaboration with the Auckland Council and various West Auckland communities trialing the Free Store with the aim of establishing a long-term project. Her 2010 lecture with Economist Claire Dale After Supermarkets has just been published in the new book Dialogues with Tomorrow. She has a Fine Arts Degree (Sculpture) from Massey University in Wellington and is currently completing a Masters Degree in Business at Waikato University.

Elvon Young has a background in Marketing, Architecture and the Arts. He has been involved in many competition winning architectural projects. Elvon specializes in digital and parametric design methodologies, in addition he is an exhibited artist, with his most recent works exhibited at the City Gallery Wellington and published by Urbis magazine as Interior Designer of the Year. Elvon is the Head of Spatial Design at AUT University and a Principal at Young+Richards. 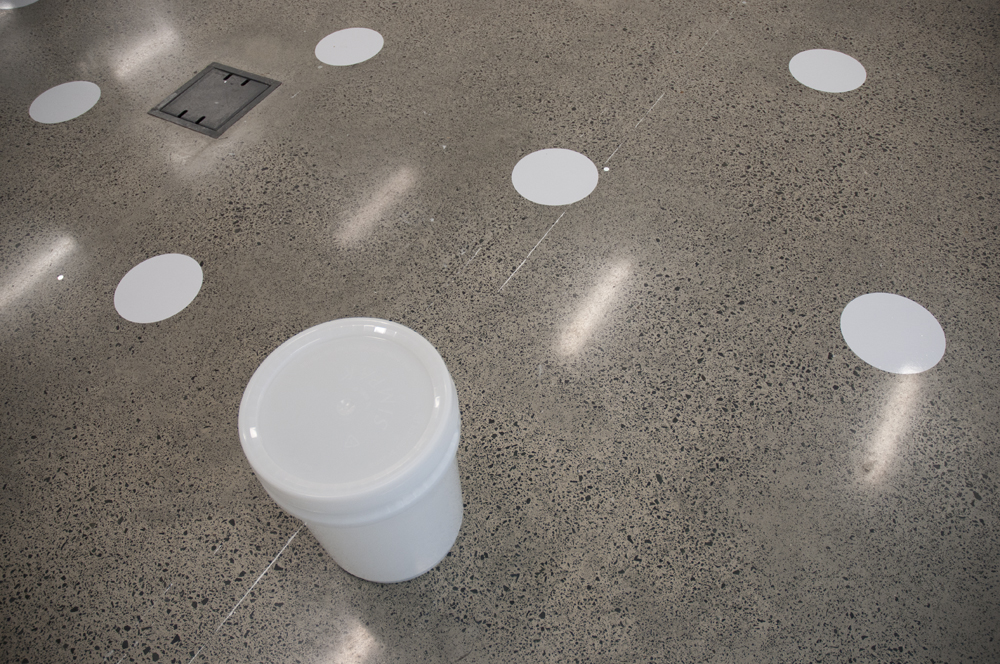 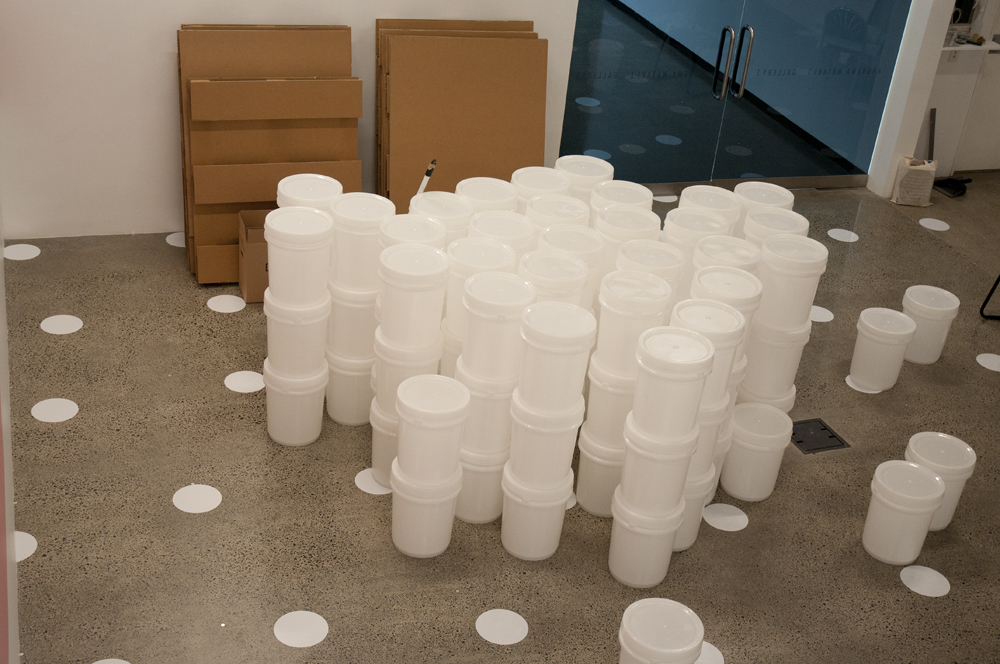 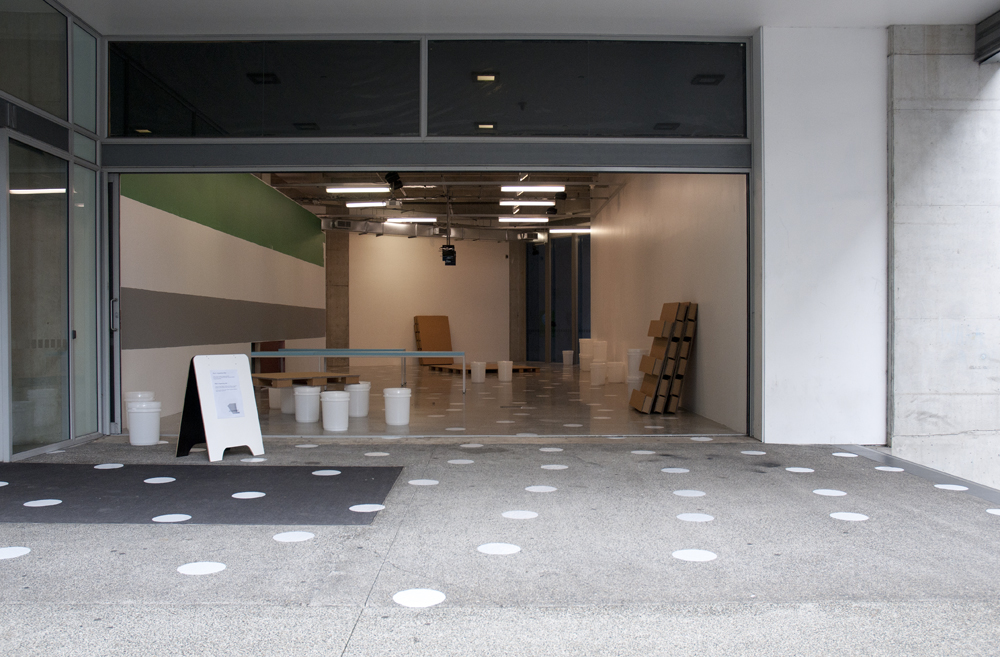 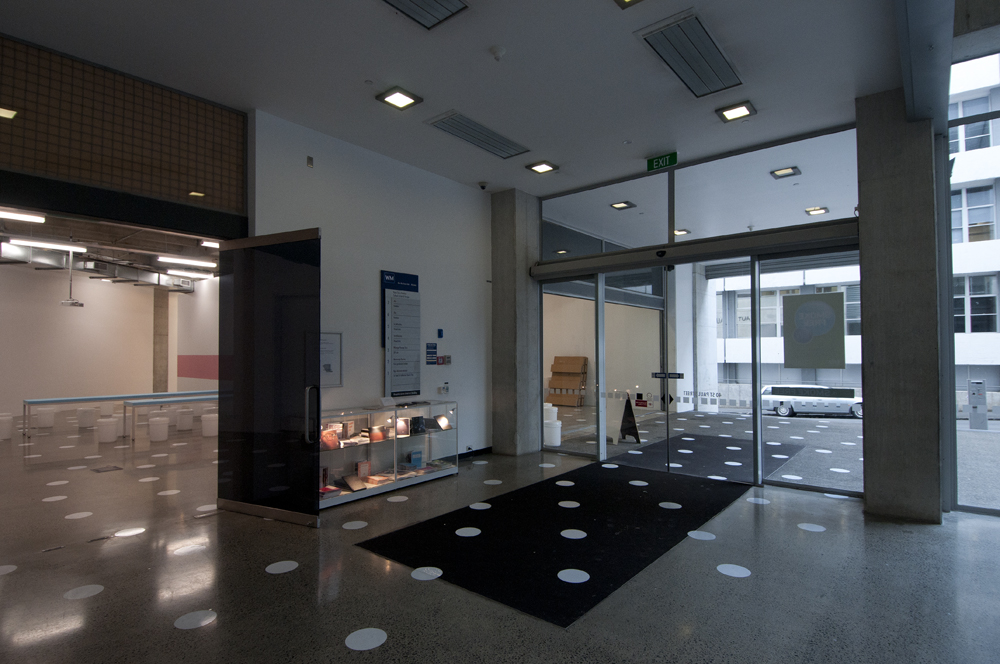 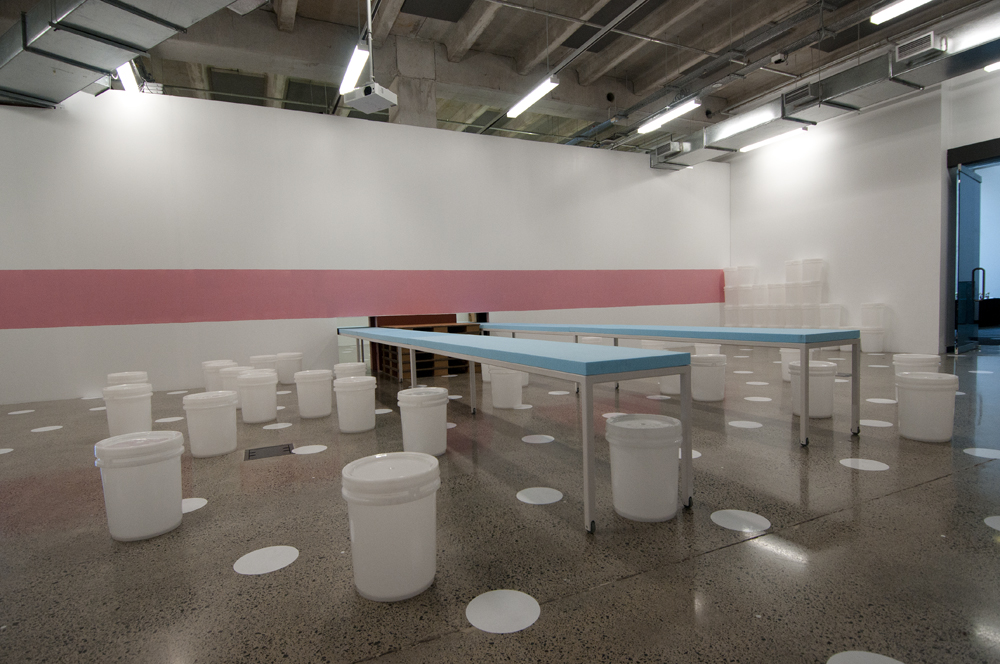 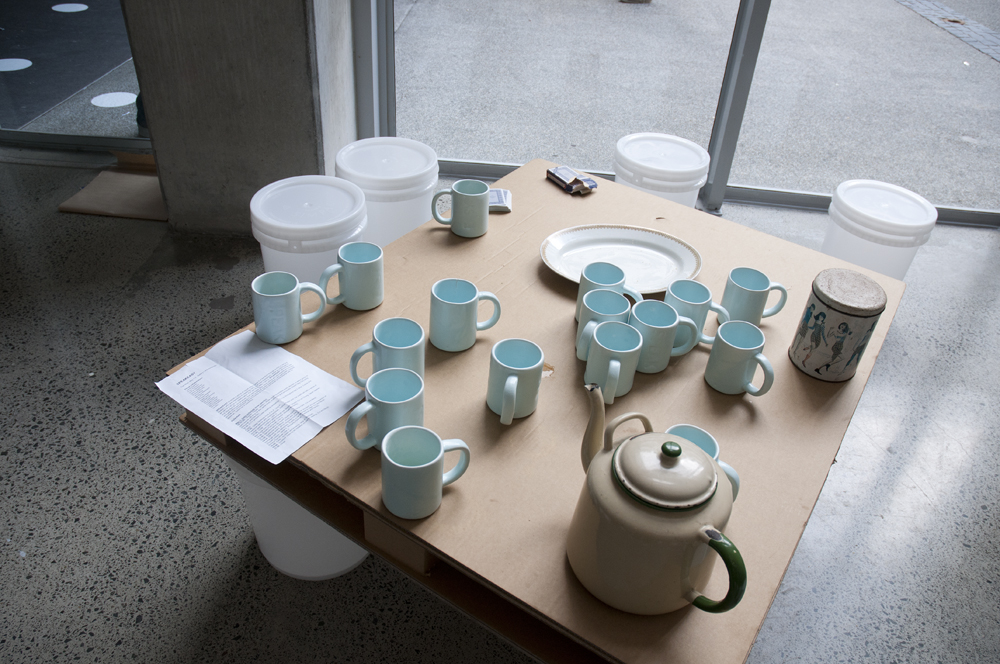 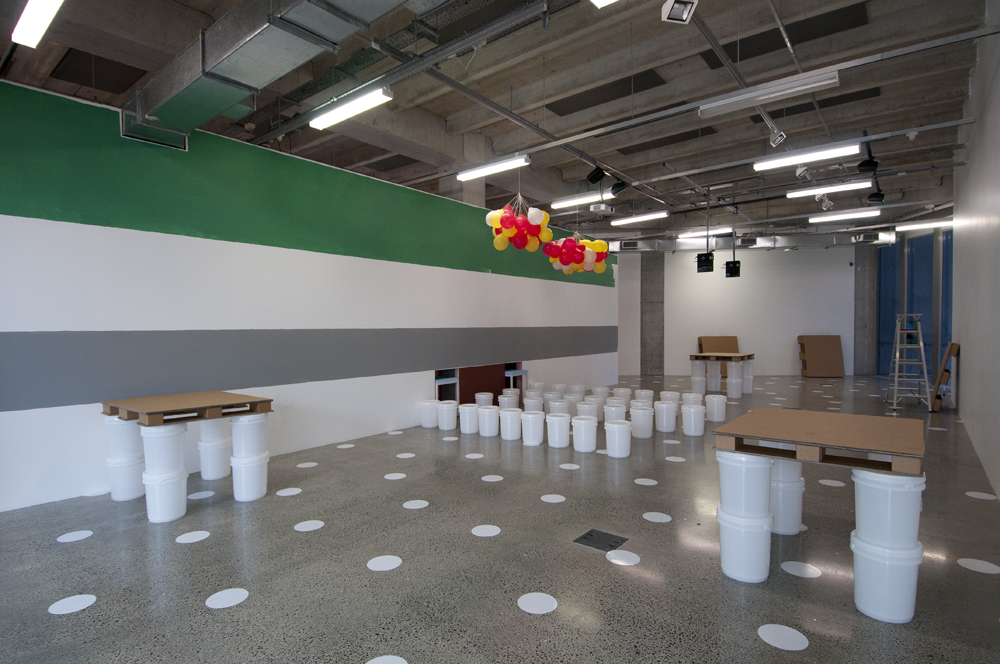 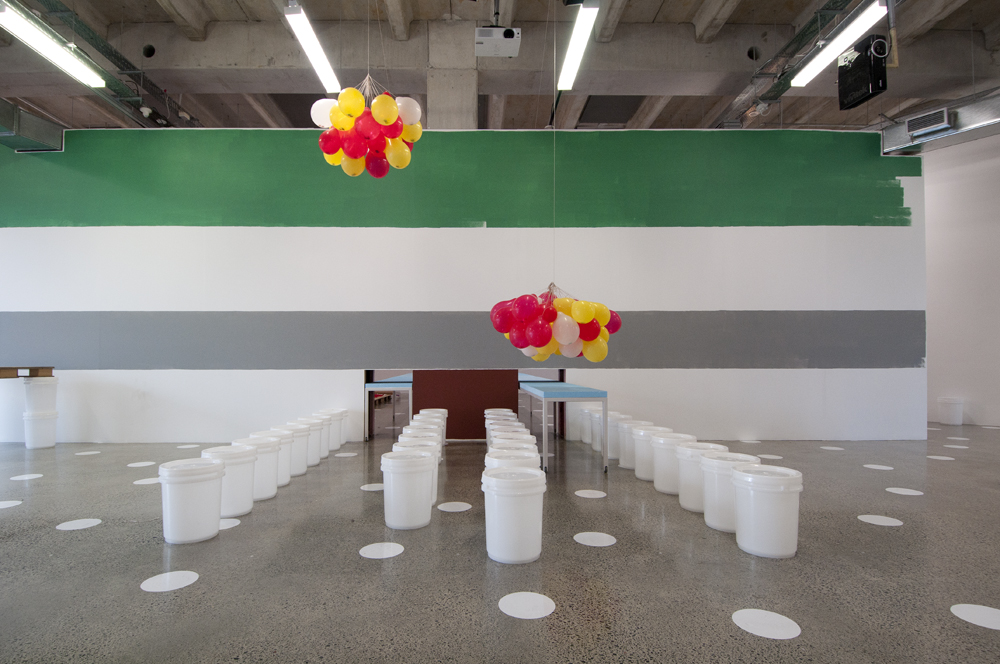