This year's symposium is focused on expanding an ethics of curatorial practice, with a particular emphasis on alternative modes of education, research and indigenous knowledge. We begin by asking questions like: What is the relationship between ethics, education, indigeneity and the institutionalised practices of curating? Can the institution exert moral agency? How does this change the way we practice as curators and researchers—how we look, speak, read, write?

In the context of Aotearoa New Zealand, we are specifically concerned with critique of the colonising logic of globalisation, acknowledging that processes of knowledge sharing, propagation and maintenance are always conditioned by context, and that institutionalised curatorial discourse is in large part a legacy of our colonial past. It is important to stress that the conversation about indigenous knowledge is both particular to this place, and in common with other indigenous peoples, while being interconnected with conversations about alternative educational methodology more generally.

The conception of education on which this discussion hinges is not predicated on information or formal knowledge. Rather, as Irit Rogoff has written, it may exist in forms of coming together "not predetermined by outcomes but by directions"; it is knowledge that does rather than is.(1) A local touchstone is the Māori term, practice and concept of wānanga, a forum for discussion and exchange with the aim of arriving at a deeper understanding.(2) Te Ahukaramū Charles Royal writes that wānanga is "the word we can most closely associate with the idea of the creation of new knowledge."(3) An understanding of how this knowledge comes into being is a crucial part of the Māori worldview. It is not something produced: "The pursuit of knowledge concerns the progressive revelation of depth and understanding about the world rather than the construction of new knowledge as one constructs an object."(4)

The possibilities opened up by thinking of knowledge as distinct from production, as existing between the analytical and the experiential, the known and the imagined, is a point of focus within a broad ground of discussions for the symposium. Alternative perspectives on education and ways of knowing are positioned as sites of "powerful horizontality," a critique of the abiding institutional (academic, economic) paradigm.(5)

The structure of the symposium is integral to its content focus. It begins with an evening keynote lecture by Julia Moritz. The following day features four auditorium sessions by invited speakers: Cassandra Barnett, Léuli Eshraghi, Peter Brunt, and Misal Adnan Yildiz in conversation with Marysia Lewandowska. The day is punctuated by Carried Forward, a project by the Public Share collective, who have made ceramic tumblers from local clay sourced from a major motorway construction site at Te Atatu, which they will use to serve refreshments during symposium breaks. The second day, a less formal mode of group discussion and walking, facilitated by the collective Local Time with historian, storyteller and orator Pita Turei, will take place at Piha on the west coast.

St Paul St Gallery is a non-collecting gallery based within the School of Art + Design, AUT University. The gallery is dedicated to the development of contemporary art and design through an international programme of exhibitions, events, symposia and publications. St Paul St Gallery embraces one of the primary instructions for universities in the New Zealand Education Act (1989): namely, that they "accept a role as critic and conscience of society." We also interrogate the longstanding proposition that the arts have a particular capacity to speak critically about society.

(2) wānanga is both a noun—seminar, conference, forum—and a verb—to meet and discuss, confer. See: www.maoridictionary.co.nz. 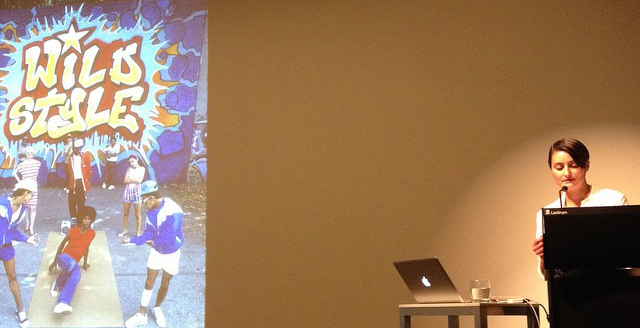 Julia Moritz is an art historian and curator. She headed the Maybe Education and Public Programs at dOCUMENTA(13),Kassel (2012)and is currently the Curator of Theory and Education at Kunsthalle Zurich. She was formerly curator at the University of Lüneburg, where she was responsible for the programme of the university's art space, Kunstraum, and taught cultural studies seminars. During postgraduate studies in Vienna, New York and Bilbao she wrote a doctoral thesis on issues relating to institutional conditions in contemporary art. Independent projects include Critical Complicity (with Lisa Mazza) in Vienna, Ljubljana and Bolzano (2010). She previously worked for Manifesta 7 in Trentino/Alto Adige (2008) and the German Pavilion at the 52nd Venice Biennial (2007). The volume Question of the Day (2007, co-edited with Nicolaus Schafhausen and published by Sternberg Press) gives insight into Moritz' ongoing dialogical inquiry into the formats of art's production and reception.

Julia Moritz's visit is made possible with the support of Goethe-Institut and The Physics Room Residency Programme. 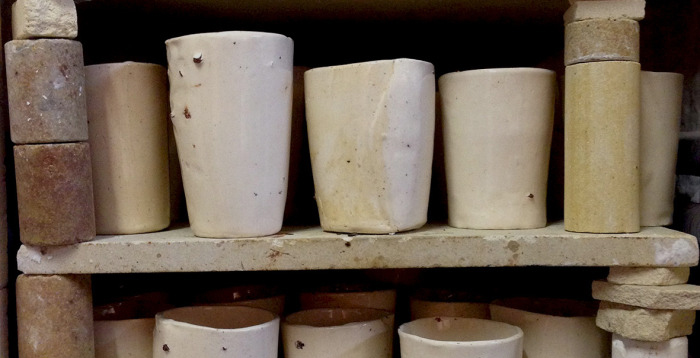 Carried Forward involves the production of simple clay objects which echo the ubiquitous disposable coffee cup through which social exchange is invoked via shared refreshments. For the Symposium, Public Share produced over 100 individually formed tumblers from clay sourced from the spoils of the Fulton Hogan motorway construction site at Te Atatu in Auckland, New Zealand.