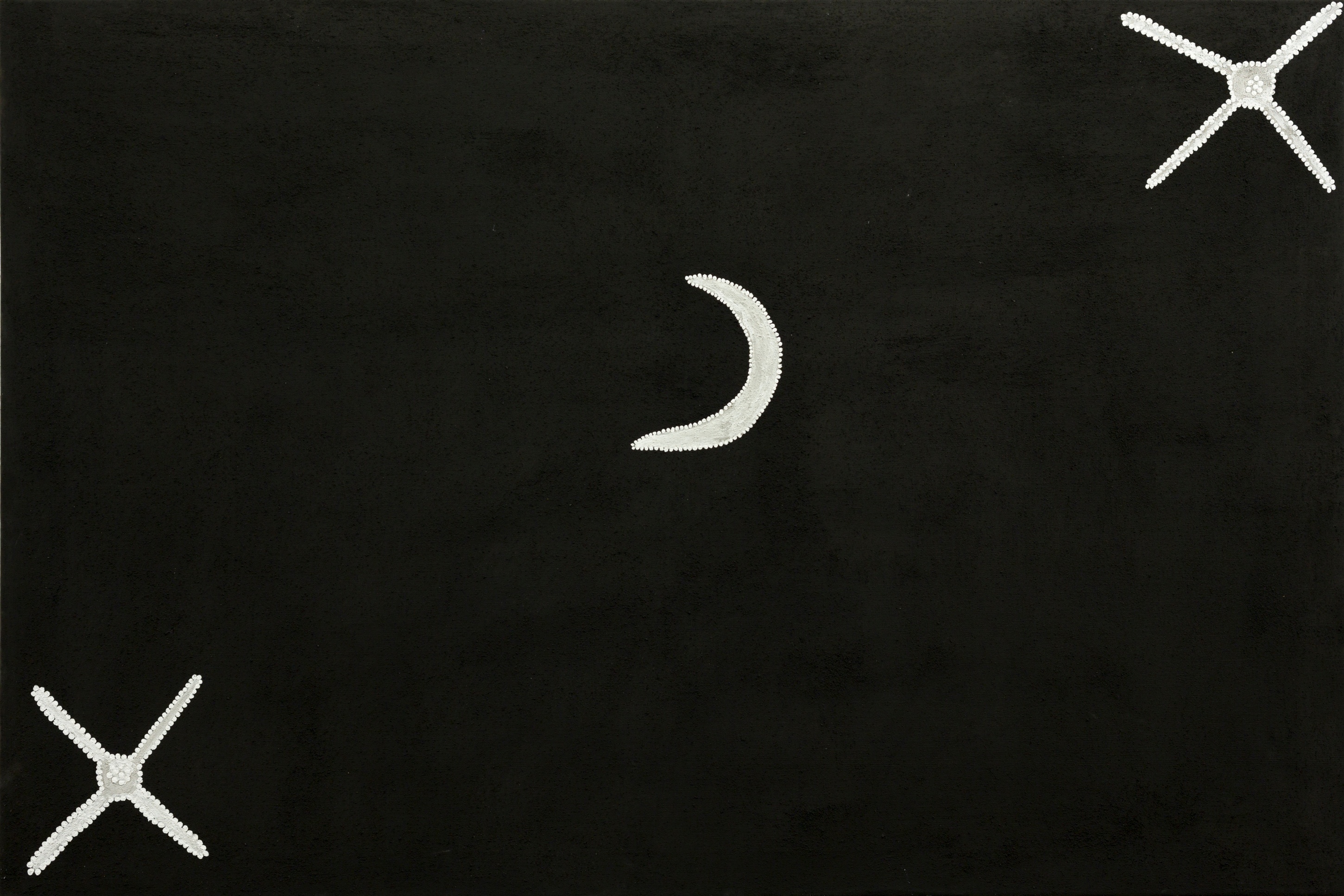 Warmun is a community of about 400 people in the Kimberley region of far north Western Australia. The Warmun Art Centre there was founded by Queenie McKenzie, Madigan Thomas, Hector Jandany, Lena Nyadbi, Betty Carrington and Patrick Mung Mung, members of the contemporary painting movement that began in the mid-1970s. Warmun Art Centre is owned and governed by the Gija people, its income returned to the community. Today some 50 emerging and established Gija artists work there.

Paintings from Warmun includes works by Mabel Juli, David Cox, Lena Nyadbi, Churchill Cann, Gordon Barney, Phyllis Thomas and Shirley Purdie. ‘I don’t paint another country, I paint my own’, says Mabel Juli. In these paintings the material is the work; they are earth and mineral as well as images. Each of the works is a narrative vividly connected with the place it was made. As Anna Crane (community programmes coordinator at Warmun Art Centre), has written, while the social contexts and physical landscapes in which these narratives are founded and sustained are unsettled—historically and today, through colonial governance structures that have violently denied Aboriginal access to land, resources and cultural inheritance—oral traditions, and latterly, painting, have been significant in carrying knowledge from one generation to the next.

The significance of this political voice has urgency. Recent reforms in the Indigenous Affairs Department under the Tony Abbott led federal government, and the closure of remote Aboriginal communities proposed by Western Australian Premier Colin Barnett, threaten the wellbeing of the Warmun community and many others. Artists from the community have been strongly outspoken in resistance to the new legislation.

Works by these artists have travelled all over the world; in Lena Nyadbi's case her painting Dayiwul Lirlmim, 2013 is recreated large-scale on the rooftop of the Musée du quai Branly in Paris, following her 2006 exhibition there. Exhibited in Auckland, the paintings from Warmun shift again into a new place and cultural context, one not so far from home, but the limits of language, the knowledge of stories and even the formal vocabulary of painting make the distance a very real one.

This exhibition is intended as a space to acknowledge these ‘constellations of related knowledge’,1 and their complex connections with the social and material world. Asked how she learned the story of the Moon Man—an important dreaming for her country—Mabel Juli says: ‘My mother and father. And he’s a, his Ngarranggarni [Dreaming rock] is right there in Springvale, in Yari. My mother and my dad used to take me everywhere, walkabout. Show me all the Ngarranggarni everywhere.’2 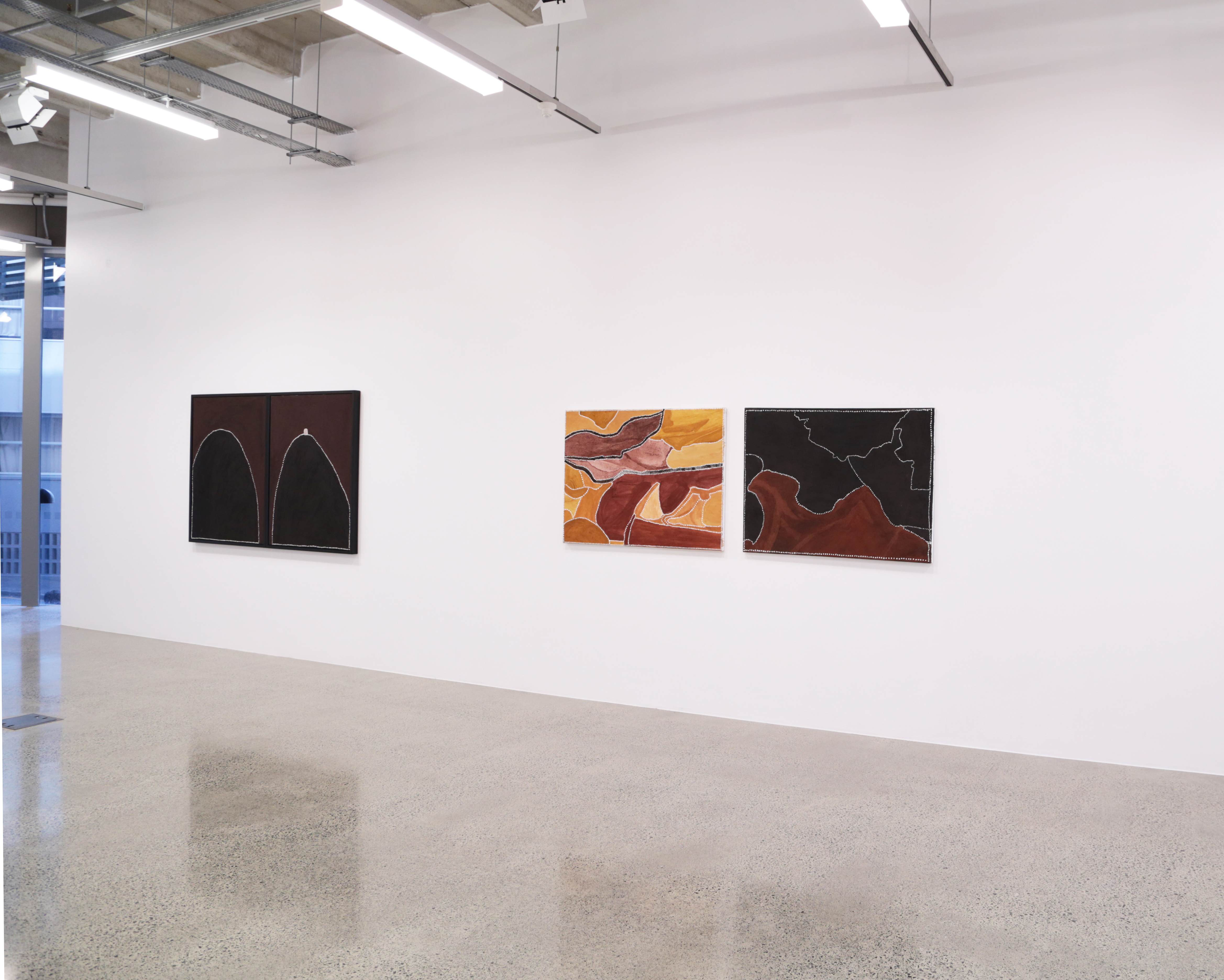 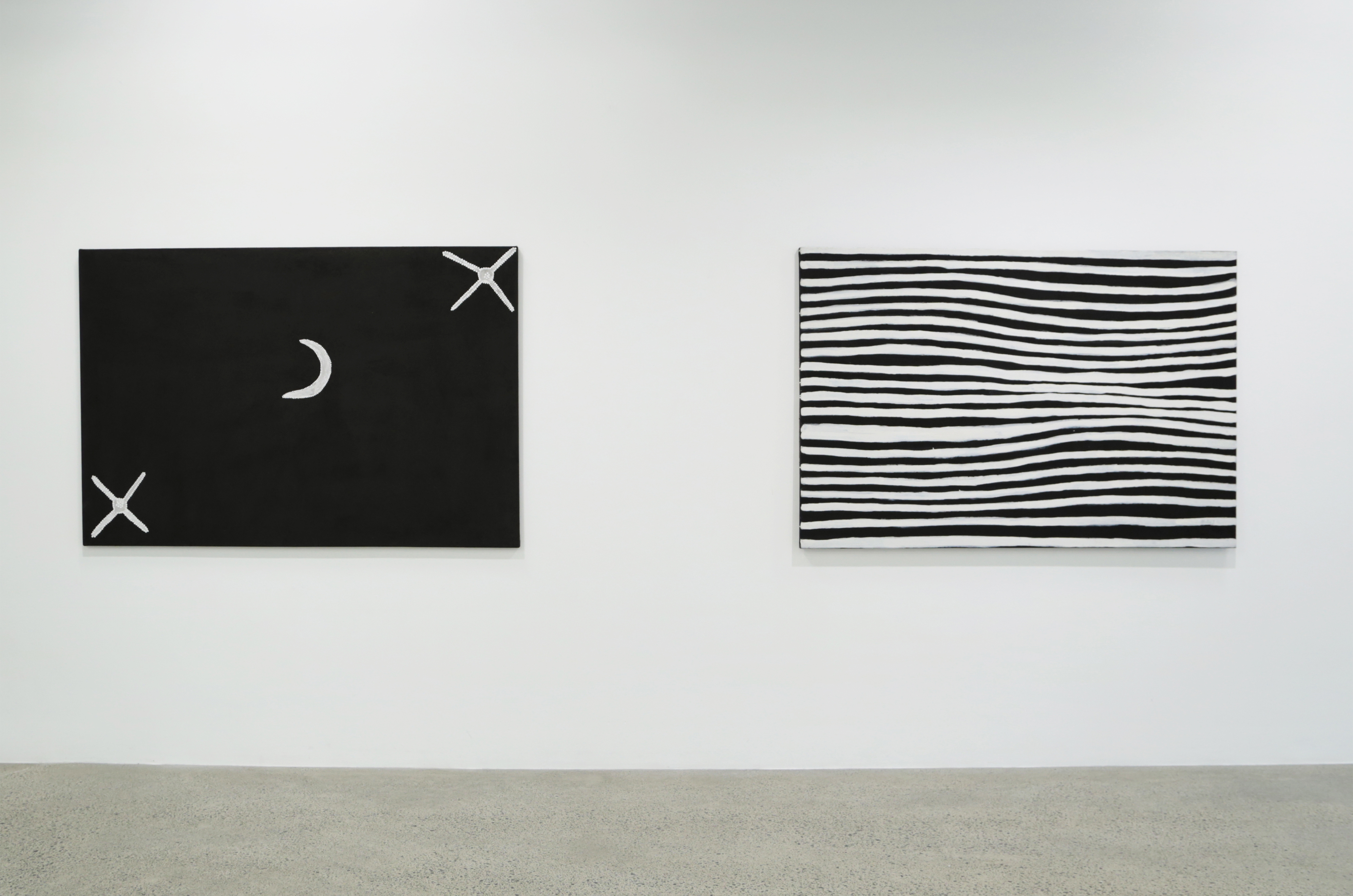 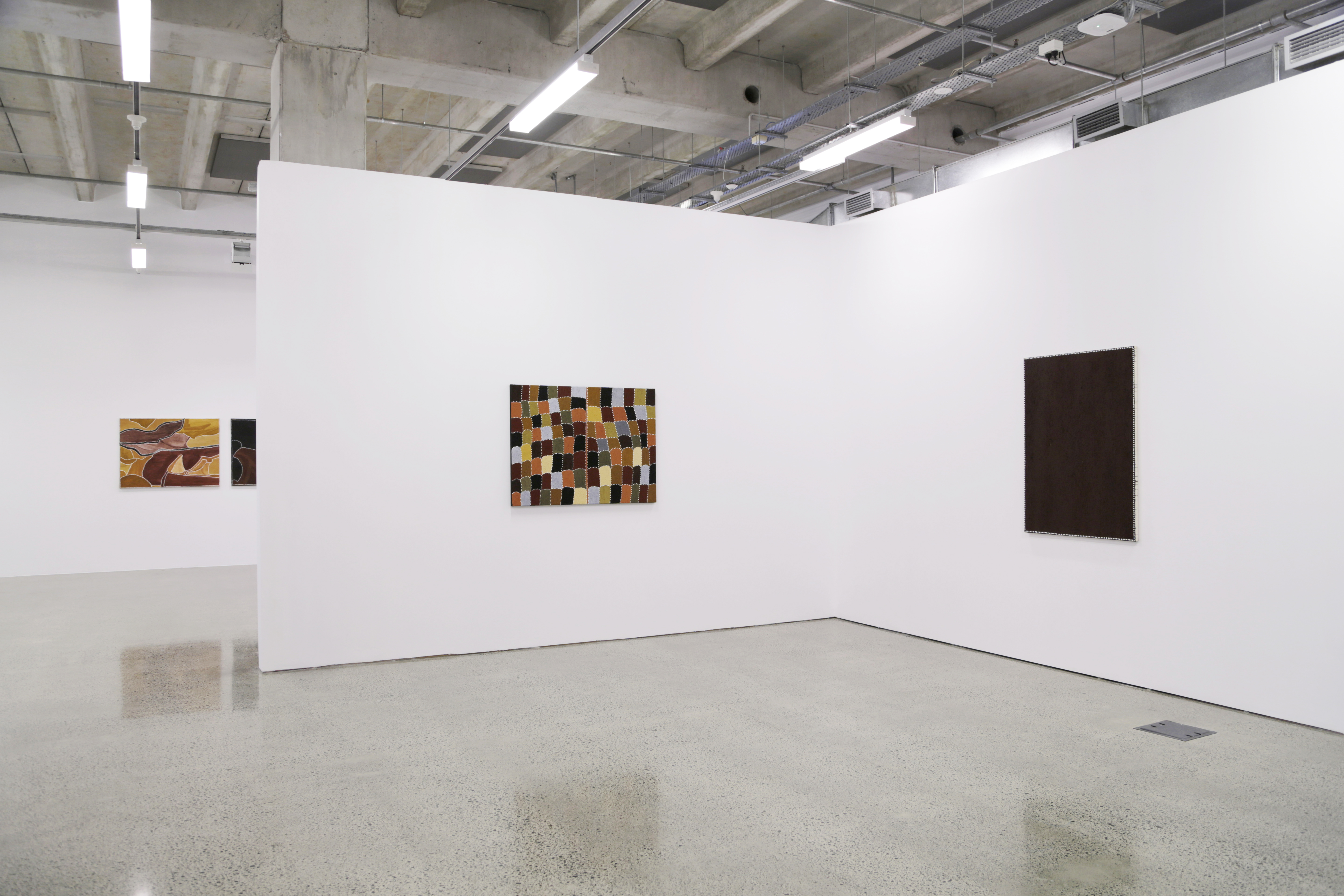 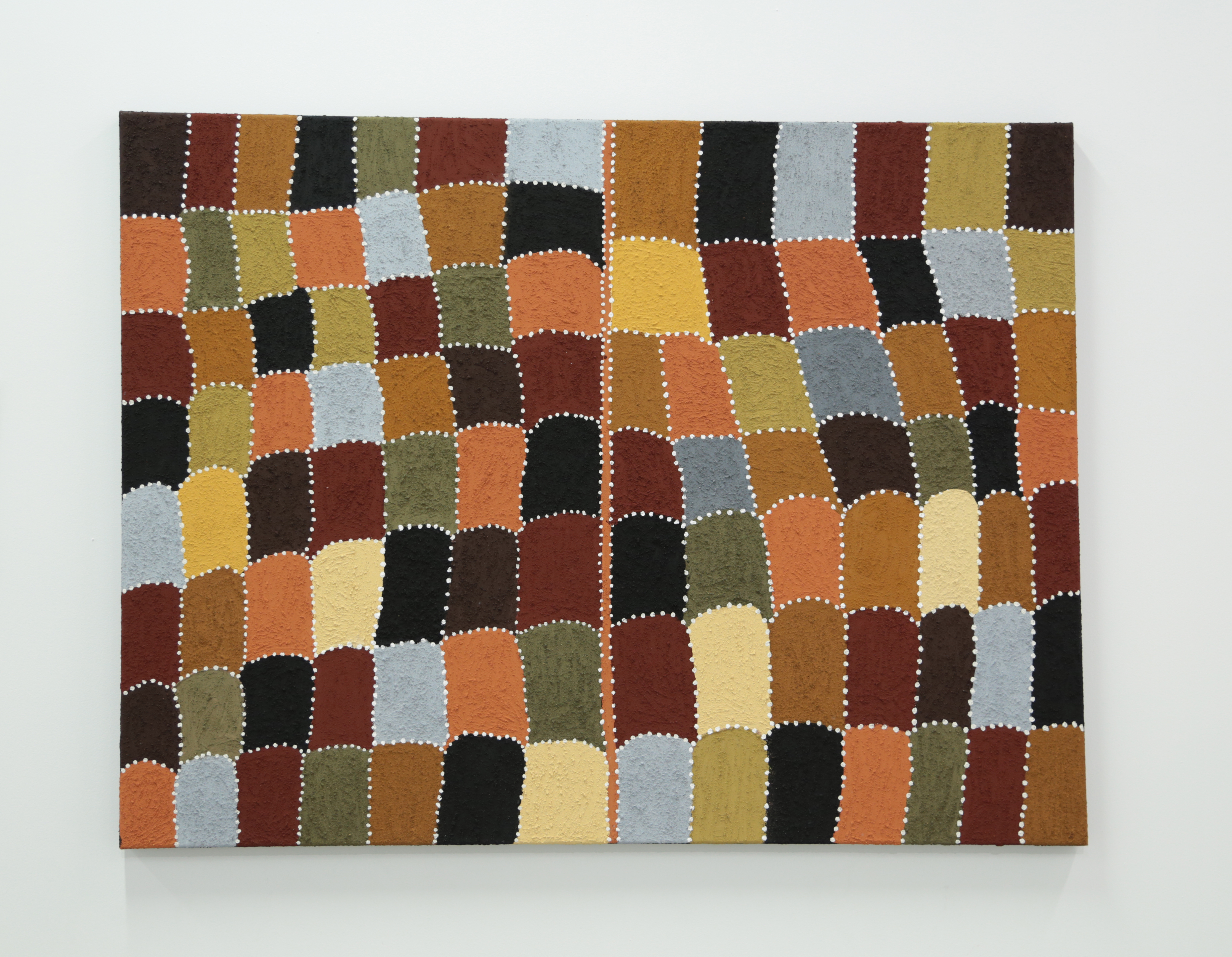 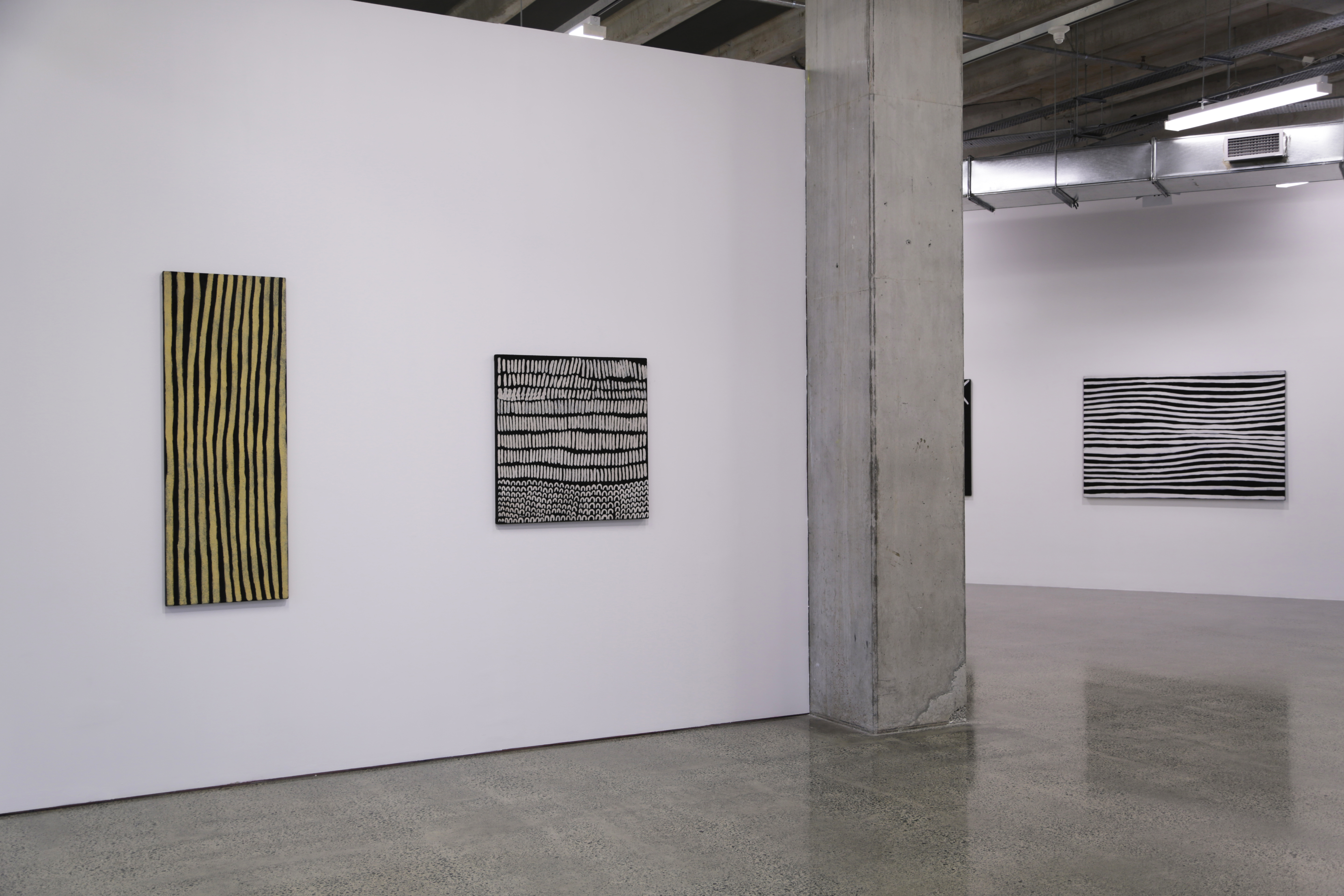